Vikram's postdoctoral work with Jesse Goldberg at Cornell University focused on elucidating the role of dopamine in the learning of complex motor sequences. While dopamine famously encodes reward prediction error (the difference between actual and predicted reward) in reward-based trial and error learning, its role in natural motor sequence learning was poorly understood. Vikram used a combination of awake-behaving electrophysiology and computational techniques to record, for the first time, from basal ganglia-projecting dopamine neurons in the ventral tegmental area (VTA) of singing birds during a paradigm in which half the renditions of a particular syllable were distorted with auditory feedback. He found that dopamine neurons in VTA pause firing immediately after distorted syllables, signaling a worse than predicted outcome. Remarkably, these same neurons burst after undistorted syllables, signaling a better than predicted outcome. These results showed, for the first time, that dopamine neurons encode a ‘performance prediction error’ signal used for the learning complex motor sequences independent of external reward. He then showed that this error signal, present when then birds are practicing their song alone, is attenuated or even gated off when the birds perform to females, demonstrating that dopaminergic error signals can be modulated by social context.

The Search for a New State of Matter - the Supersolid

For his PhD dissertation in physics, Vikram worked with Séamus Davis at Cornell University to determine if ultra-low temperature solid helium is a supersolid (simultaneously a solid and a superfluid). A superfluid is an exotic quantum state in which a liquid can attain zero viscosity. A supersolid is a solid (whose atoms are arranged in a lattice) but in which a small fraction of the atoms acquire superfluid properties (and can move around with zero friction). Solid Helium had been a candidate supersolid since 1969, but it was only in 2004 that Kim and Chan (KC) saw an increase in the frequency of torsional oscillators (TO) containing solid Helium, which they interpreted as due to mass decoupling consistent with supersolidity. Using a highly sensitive Superconducting Quantum Interference Device (SQUID)-based TO, Vikram and his colleagues produced the first comprehensive map of the frequency and dissipation of ultra-low temperature solid helium (close to absolute zero of temperature) throughout the temperature-acceleration plane. They found that solid helium behaves like an exotic quantum glass, with very long time dynamics. Furthermore, using the framework of generalized susceptibility, they found no evidence for a supersolid transition. Vikram then developed an alternative model based on lattice defects (dislocations) that explained the KC effect without having to invoke supersolidity.

Testing the Ultimate Strength of Nano-Materials

For his MS thesis in physics with Ajay Sood at the Indian Institute of Science, Vikram used a combination of experimental, analytical, and computer simulation approaches to study the mechanical properties of nano-materials, especially carbon nanotubes. Nanotubes are rolled up sheets of carbon atoms that possess a myriad of technologically useful and scientifically interesting properties including very high mechanical strength. Using large-scale parallel computers to simulate molecular dynamics, combined with optical methods such as Raman scattering, he investigated how and when carbon nanotubes buckle under pressure. He was also able to arrive at a precise mathematical formula for exactly when double-walled carbon nanotubes will collapse under hydrostatic pressure. These results have potential applications in using nanotubes as storage devices in fuel cells.

Identifying the Hidden Cost of Being a Precocious Fly

During his undergraduate studies, Vikram spent 3 years studying fruit fly evolution in Amitabh Joshi’s lab. Fruit flies typically lay their eggs in ephemeral food sources such as rotting fruits that are not likely to last very long. This makes it advantageous for a fly to develop as fast as possible (egg to adult time) and get out of the fruit before the fruit is perhaps eaten by a foraging animal. The big question was to figure out the hidden evolutionary cost that offsets the benefit of developing fast. To answer this question, the lab had created the world’s fastest developing flies through artificial selection. By competing these flies with normal flies, Vikram and his colleagues found that the key cost to developing fast is a loss in tolerance to urea, a common constituent of fly excrement. This makes sense because in the lab, the faster developing flies get out of the food source so fast that they never have to deal with much urea build up from the excrement of other flies. But in the wild, where the urea levels in food sources cannot be predicted, these flies are expected to do worse than normal flies.

When Vikram was in sixth grade, he independently initiated a program to map the biodiversity of bird species in a local habitat, the Indian Institute of Science Campus in Bangalore, India. He subsequently recruited a few of his classmates to form a bird watching club. Over the course of the next 6 years (until the end of high school), using transects and regular field walks, Vikram and his friends systematically mapped the diversity of bird species in this ecologically rich and diverse habitat. Over these years, they were the first to record 6 bird species that had never before been observed in this region. However, the highlight of their adventures was the observation of communal courtship, where multiple birds come together to perform elaborate displays before pairing off to mate, in the Yellow Wattled Lapwing, a ground-nesting bird. They were thrilled to learn that this behavior had never before been observed in this species. 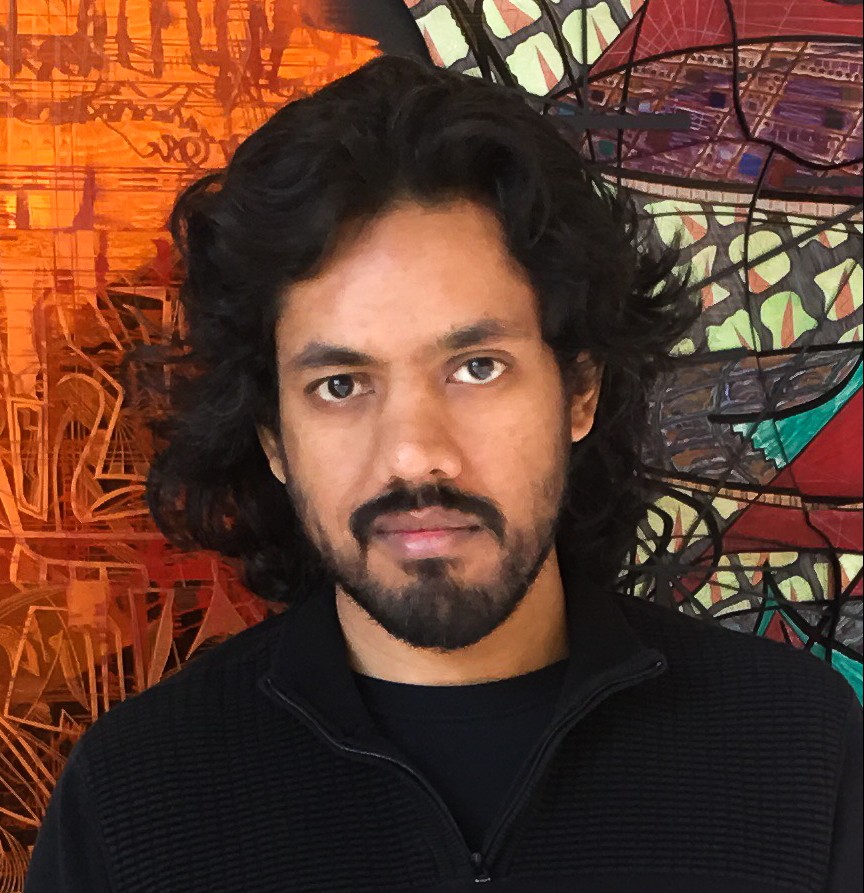